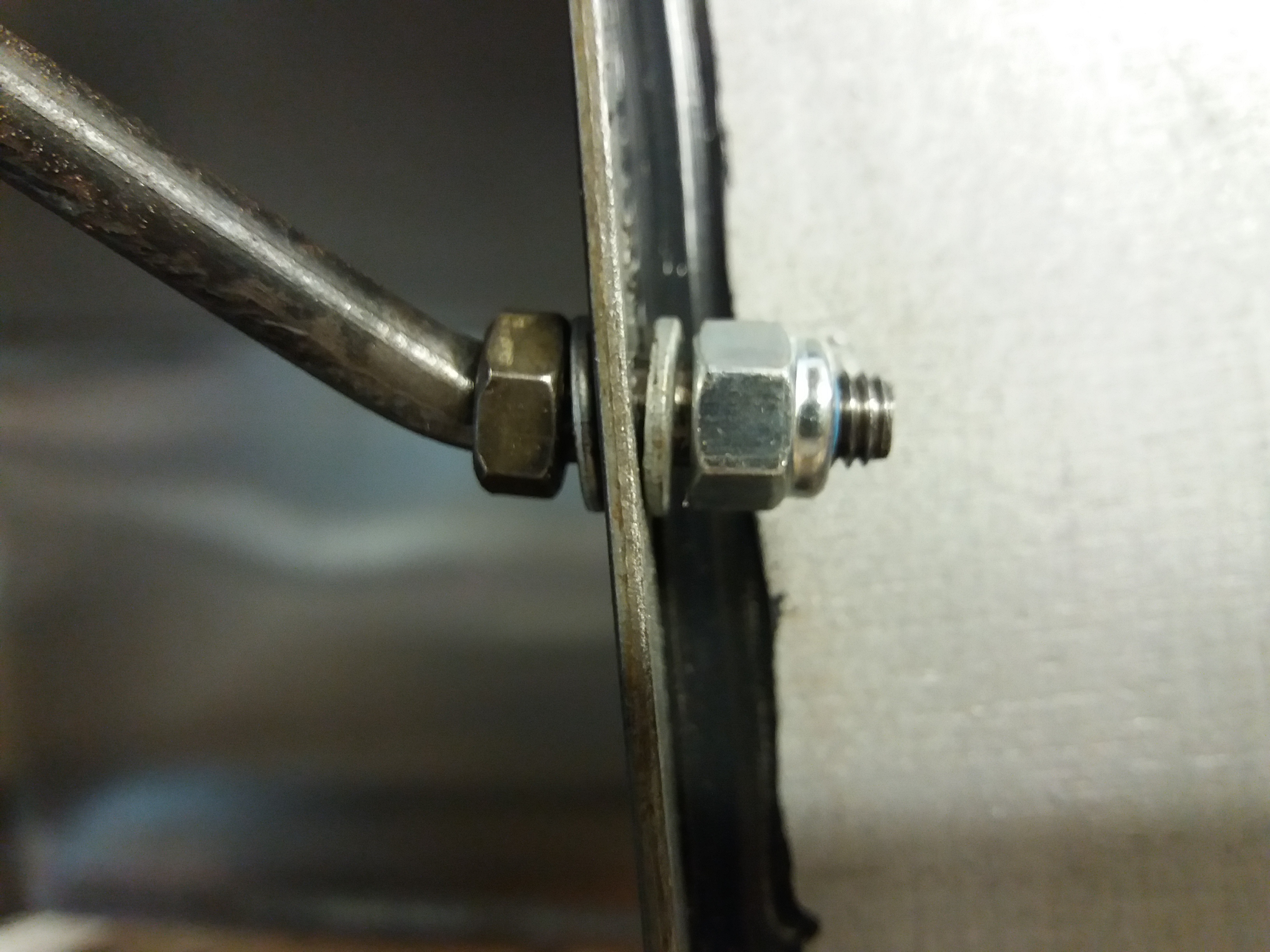 …does require a bit of thought, sometimes.

I wanted to cut some 3mm aluminium sheet and usually I would have used a jigsaw. However, while still being a little ‘delicate’ from a week of illness I went for the quieter option, a hacksaw.

Now, the problem with a conventional hacksaw is that the frame prevents long cuts some distance from the edge of a sheet. However, some time ago I found a hacksaw I’d never seen before or since. 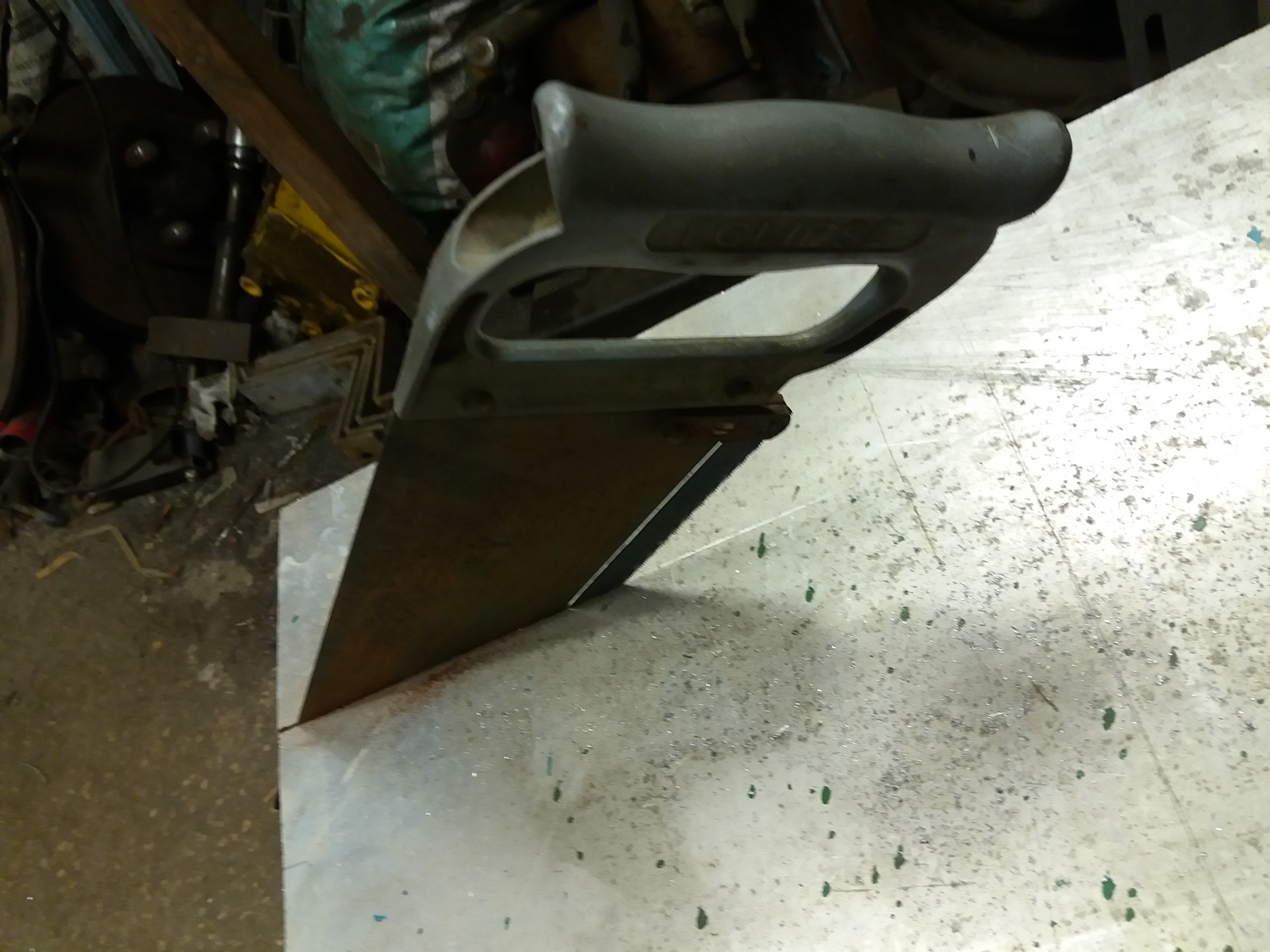 Made by Eclipse, it is a 12″ long panel saw with a bolted clamp at each end to hold a hacksaw blade! It works well, though I think I will need to design a tensioning device as the blade is very slack. 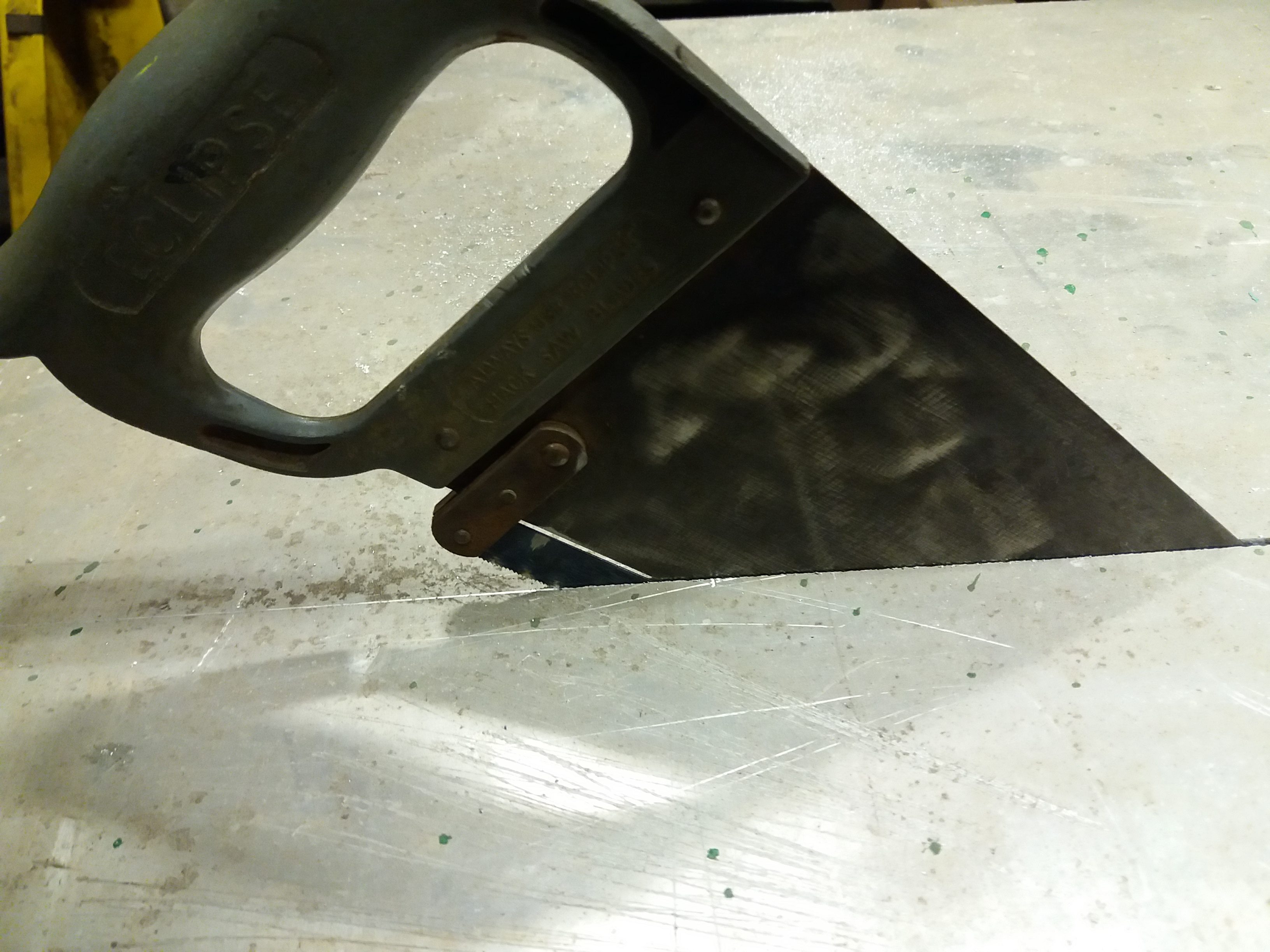 The only problem with tensioning the blade is that the sheet steel ‘body’ of the saw then becomes a bit slack and wobbly itself! I will figure something to make it work.

Anyway, the other bit of work today was cutting M6 threads on to the ends of a cranked support rod.

To start a thread it is wise to taper the rod so the die can start cutting gradually. The method I used here, to ensure the taper is axially aligned and true is this.

First I filed the end of the round rod into a square taper. 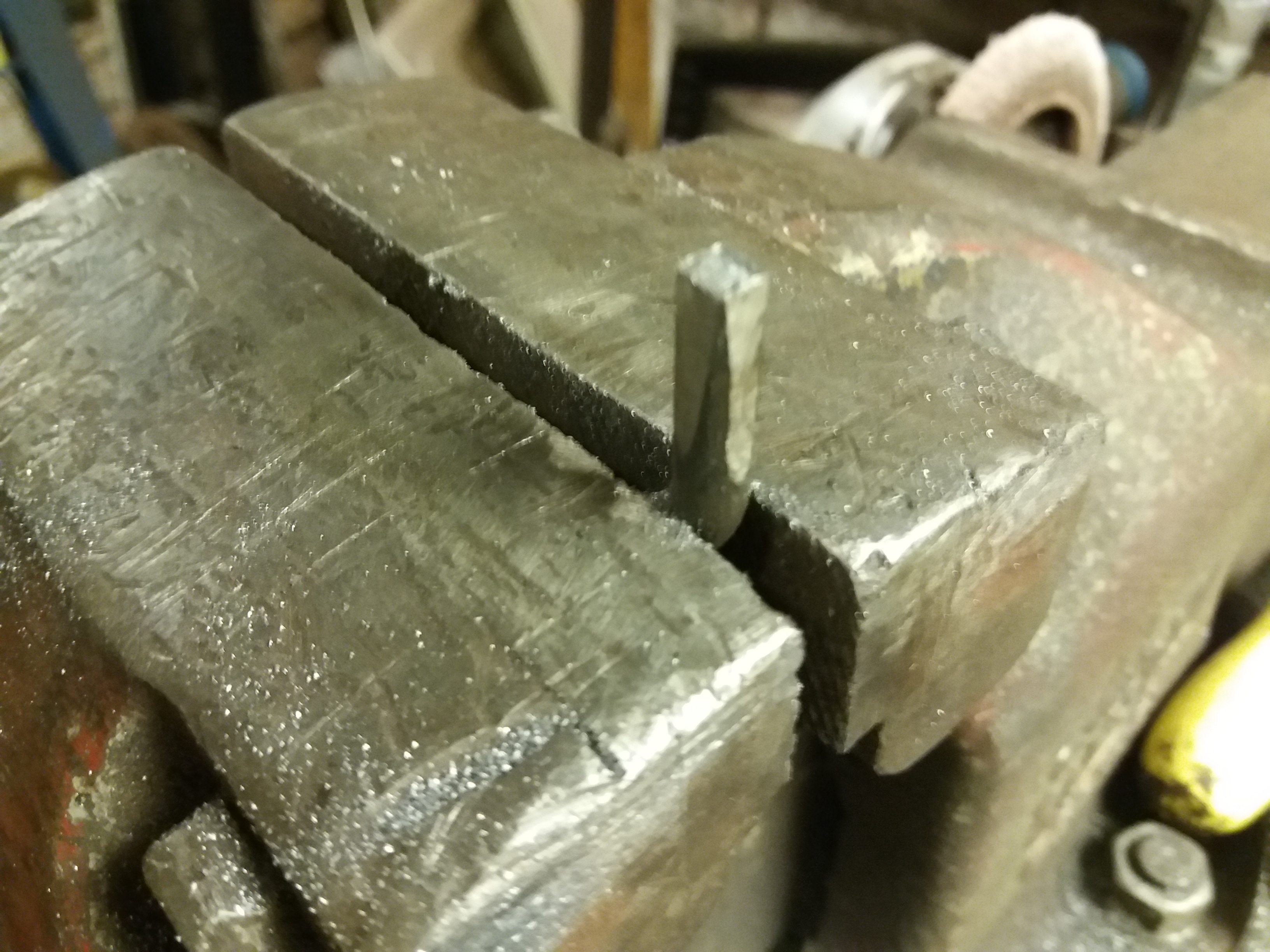 Then I filed off the corners of the square into an octagon, and then rounded off the remaining corners. 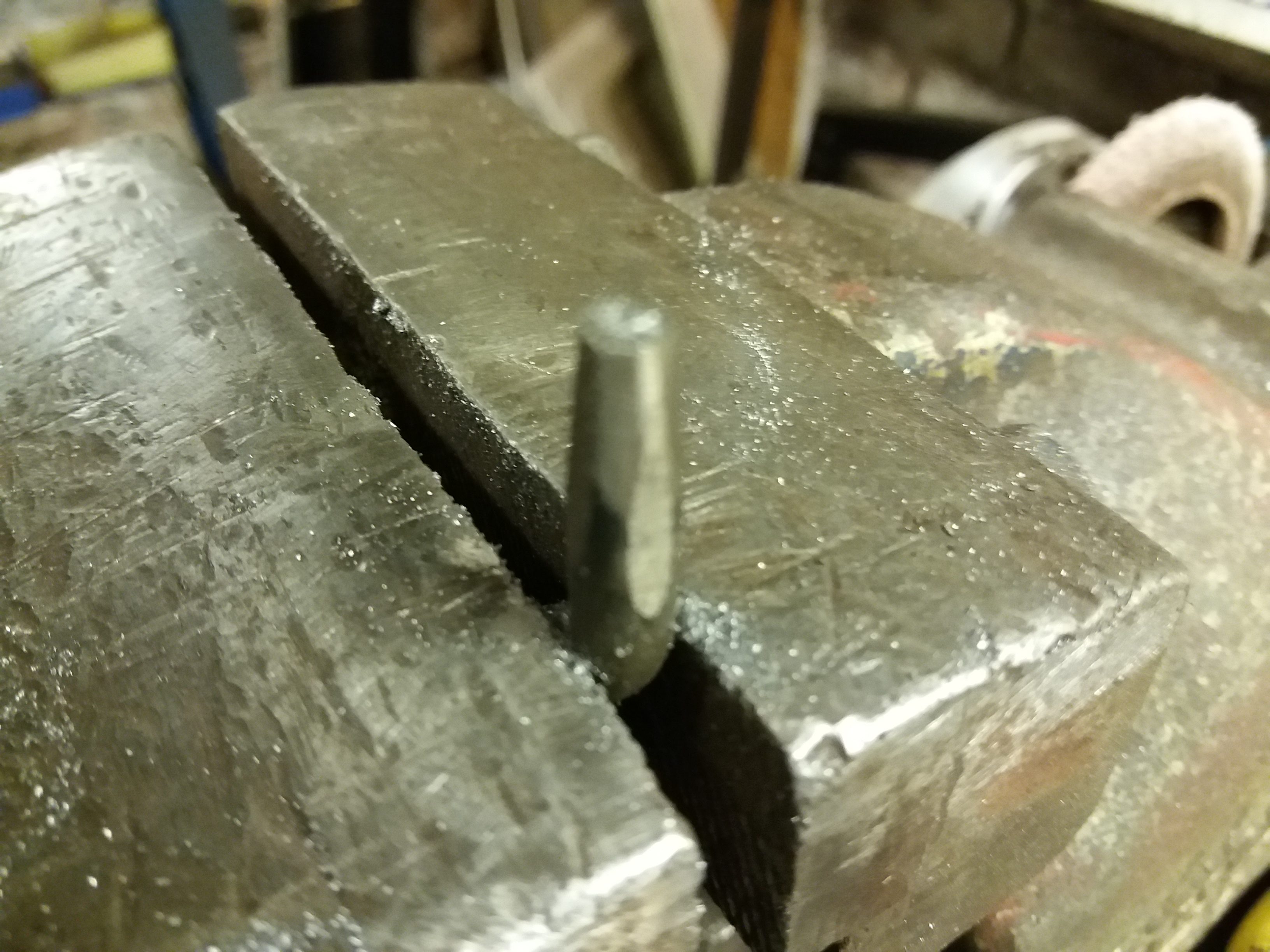 This leaves a gentle taper, centred on the rod, and starting at just under the minor diameter of the M6 thread. I was then able to run the die down to cut the thread nice and straight.

The thread just needed a quick file around to clean up the burrs and then a wire brush to clean it.

I drilled out a plain nut and heat shrunk it in place as a stop before fitting the support prop to the frame with a couple of washers and a nyloc nut.

I am a Maker.
I work in wood, metal, and recycled scrap for communities, local organisations, and museums.
Currently exploring the world of miniatures and 3D Printing.